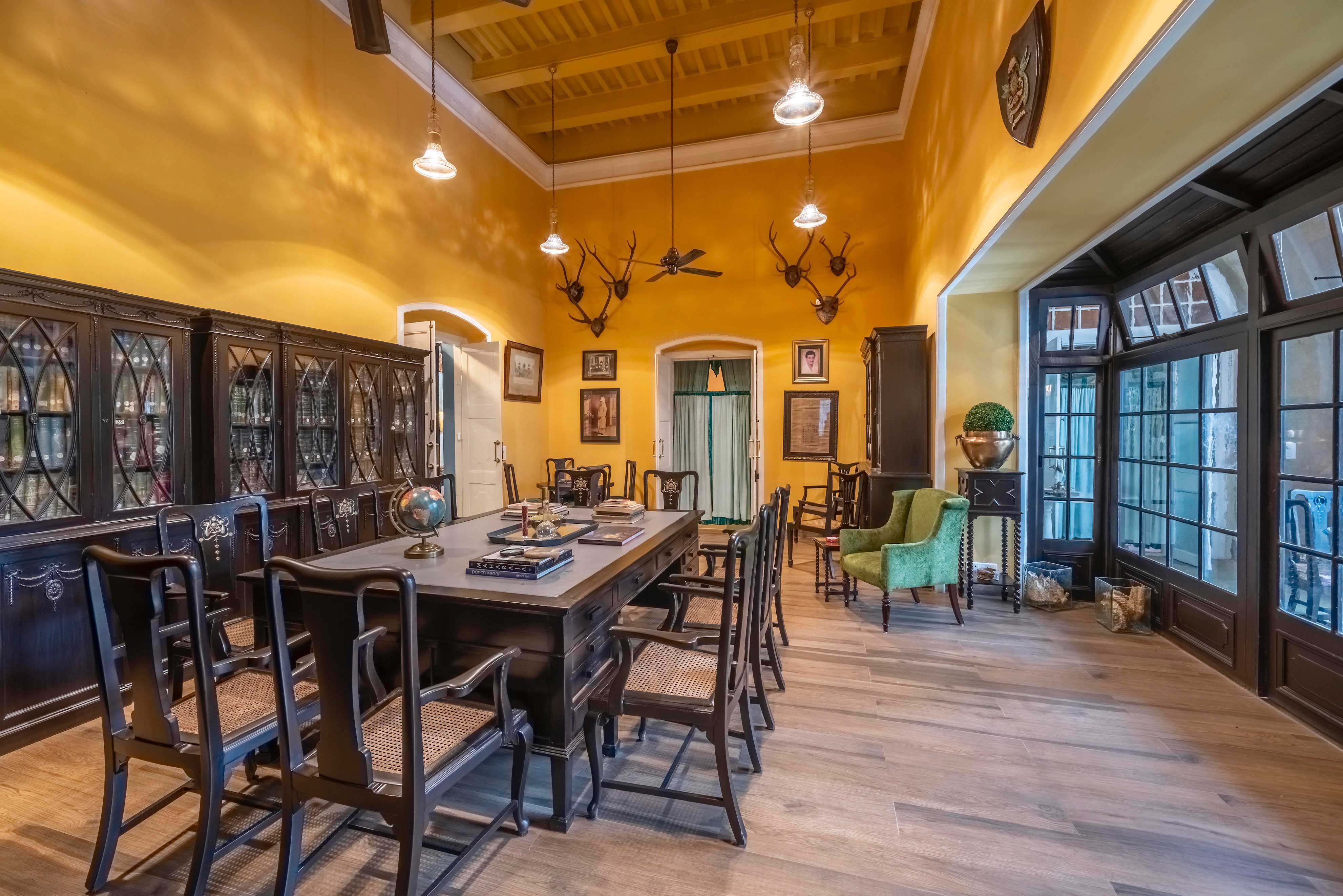 If you wish to experience life like the royals, make your way to Odisha. Located about a 3.5-hour drive from Kolkata, is the majestic Belgadia Palace. The erstwhile royal family of Mayurbhanj has converted a section of their ancestral palace into a boutique hotel. This property is situated atop a hill, amidst verdant greenery and is steeped in the legacy of the state of Odisha. Belgadia Palace is marked by a stark white, double-storey façade and a striking Corinthian column that complements the regal Greek and Victorian architecture. On the inside, one will be struck by its exquisite interiors, secluded courtyards and opulent furnishings of the property. Belgadia Palace is the epitome of splendour, an 18th century Victorian masterpiece with subtle hints of Greek design.

In 1804, Belgadia Palace’s construction began on the orders of Maharani Sumitra Devi Bhanjdeo. In 2016, the Bhanjdeo family decided to refurbish the palace and convert it into a boutique hotel. Presently, only a part of the palace has been transformed into a heritage hotel. The royal family, including the Maharajah, the present Queen mother and the Queen of Mayurbhanj still live in the private section of the palace.

Architect and interior designer Pooja Bihani (founder and principal architect of Spaces and Design), a close friend of the royal family, worked with Mrinalika Bhanjdeo (daughter of Praveen Chandra Bhanjdeo, the 47th ruler of the Bhanjdeo dynasty) to restore the property to its heyday. The interiors of the palace have been refurbished by repurposing the original furniture and upholstery.

“I worked closely with Mrinalika Bhanjdeo to conceptualize the design which stays true to the rich heritage of the property so that the restoration work was carried out meticulously. The primary aim was not to infuse a concept into the palace but to restore it to its former glory,” says Bihani.

This 200-year-old palace houses a rich collection of exquisite art and antiques showcasing Odisha’s and the royal family’s rich history. Additionally, the rooms have artefacts and collections of artwork belonging to the Bhanjdeo family from their travels around the world. Indulge in the charm of the royal past of Belgadia Palace with its vintage vinyl records, Persian carpets, old-world chandeliers, vibrant paintings, ancient photographs, exotic artefacts and winding dark-mahogany staircases.

With a total of 5 deluxe rooms and 4 boutique-style suites, the Belgadia Palace hotel in Odisha offers an intimate experience to its guests. Every room has a distinctive colour theme. Moreover, each room has its own character and every detail is thoughtfully chosen, making each room unique. Immersed in traditional royal design, each furnishing in the rooms and suites, are from the original palace. The vibrant walls, lavish curtains, velvet upholstery and luxurious bathrooms are straight out of a royal fairy-tale.

The Narayanhity Suite (pink suite) has been named after the royalty of Nepal, as an ode to the family’s strong ties with the country. The other suites include The Shahzada Suite, The Bengal Renaissance Suite (red suite), and The Crown Suite.

The palace grounds, spread across 12 acres, also houses a billiard and bar room, a massive library, a spa, a dinning room and tearoom, a majestic living room, a temple and even a games room. The property’s lavish interiors, magnificent rooms and tranquil ambiance showcase a sumptuous level of luxury. The natural setting of the Belgadia Palace hotel in the heart of Odisha is also awe-inspiring. Think sprawling lawns, a serene lake, walkways dotted with grandiose trees, elegant verandahs and unobstructed views of the natural countryside.

This palace hotel not only offers a regal experience from a bygone era but it also connects visitors to the local tribal community through curated tours to explore the state of Odisha. Moreover, all members of the hotel staff have been hired from the local community. The palace hotel uses local produce and also offers an artist-in-residence programme.